The Creative Industries of the Netherlands 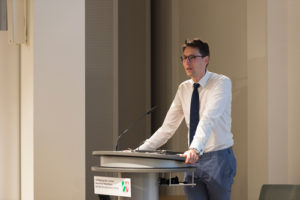 In the Netherlands nine so-called topsectors have been appointed by the Minister of Economic Affairs in order to ensure a strong economic infrastructure, now and in the future. These topsectors consist of both old – often large-scale – sectors, such as chemicals, as well as relatively new sectors. Creative Industries is one of these new dynamic topsectors that are very promising for an innovative society.